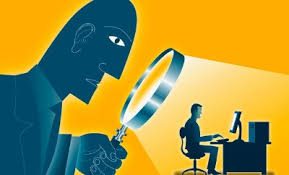 Introduction
The law of privacy is recognition of the individual’s right to be let alone and to have his personal space inviolate. The need for privacy and its recognition as a right is a modern phenomenon. It is the product of an increasingly individualistic society in which the focus has shifted from society to the individual. In early times, the law afforded protection only against physical interference with a person or his property. As civilization progressed, the personal, intellectual and spiritual facets of the human personality gained recognition and the scope of the law expanded to give protection to these needs.
The movement towards the recognition of right to privacy in India started with Kharak Singh v. State of Uttar Pradesh and Others , wherein the apex court observed that it is true that our constitution does not expressly declare a right to privacy as fundamental right, but the said right is an essential ingredient of personal liberty. After an elaborate appraisal of this right in Gobind v. State of Madhya Pradesh and Anothe] , it has been fully incorporated under the umbrella of right to life and personal liberty by the humanistic expansion of the Article 21 of the Constitution.
The right to privacy in India has derived itself from essentially two sources: the
common law of torts and the constitutional law. In common law, a private action for damages for unlawful invasion of privacy is maintainable.

Privacy has been derived from Latin word: privatus meaning thereby “separated from the rest, deprived of something, esp. office, participation in the government”, in turn privatus has been derived from term privo “to deprive”. Privacy is the ability of an individual or group to seclude themselves or information about themselves and thereby reveal themselves selectively.
The concept of privacy give promise that “a certain private sphere of Individual liberty will be kept largely beyond the reach of Government” and it embodies the acceptance of the “moral fact that a person belongs to himself and not to others nor to society as a whole”.[1]
According to Justice Louis Barandeis; The right to privacy refers to the concept that one’s personal information is protected from public scrutiny. U.S. Justice Louis Brandeis called it “the right to be left alone.” While not explicitly stated in the U.S. Constitution, some amendments provide some protections.
Gerety defines privacy as “an autonomy or control over the intimacies of
personal identity”. He identifies three broad concepts in the legal definition of privacy intimacy, identity and autonomy. Bostwick relies upon a threefold classification of privacy: the privacy of repose, the privacy of sanctuary and the privacy of intimate decision.
Solove  Adopts a pragmatic approach and identifies necessary and sufficient
conditions for the right to privacy. He divides privacy into six comprehensive (though not mutually exclusive) rights: (i) the right to be let alone; (ii) limited access to the self-the ability to shield oneself from others; (iii) secrecy-concealing certain matters from others; (iv) control over personal information; (v) personhood the protection of one’s personality, individuality and dignity; and (vi) intimacy control over or limiting access to intimate relationships.
An attempt at defining privacy is of no use if the levels of abstraction do not translate
into concrete specifics. Broadly speaking, privacy law deals with freedom of thought,
control over one’s body, peace and solitude in one’s home, control of information regarding oneself, freedom from surveillance, protection from unreasonable search and seizure, and protection of reputation.
International Concepts of Privacy
Article 12 of Universal Declaration of Human Rights (1948) states that ‘’No one shall be subjected to arbitrary interference with his privacy, family, home or correspondence nor to attack upon his honour and reputation. Everyone has the right to protection of the law against such interference or attacks.’[2]
Article 17 of International Covenant on Civil and Political Rights states ‘No one shall be shall be subjected to arbitrary or unlawful interference with his privacy, family and correspondence, nor to unlawful attack on his honor and reputation.’
Article 8 of European Convention on Human Rights states ‘Everyone has the rights to respects for his private and family life, his home and his correspondence, there shall be no interference by a public authority except such as is in accordance with law and is necessary in a democratic society in the interests of national security, public safety or the economic well-being of the country, for the protection of health or morals or for the protection of the rights and freedoms of others.’

The term “privacy” means many things in different contexts. Different people, cultures, and nations have a wide variety of expectations about how much privacy a person is entitled to or what constitutes an invasion of privacy.

Physical privacy could be defined as preventing “intrusions into one’s physical space or solitude. Physical privacy may be a matter of cultural sensitivity, personal dignity, and/or shyness. There may also be concerns about safety, if for example one is wary of becoming the victim of crime or stalking. Civil inattention is a process whereby individuals are able to maintain their privacy within a crowd.
Medical Privacy
Medical privacy allows a person to withhold their medical records and other information from others, perhaps because of fears that it might affect their insurance coverage or employment, or to avoid the embarrassment caused by revealing medical conditions or treatments. Medical information could also reveal other aspects of one’s personal life, such as sexual preferences or proclivity. A right to sexual privacy enables individuals to acquire and use contraceptives without family, community or legal sanctions.
Political Privacy
Political privacy has been a concern since voting systems emerged in ancient times.
The secret ballot helps to ensure that voters cannot be coerced into voting in certain ways, since they can allocate their vote as they wish in the privacy and security of the voting booth while maintaining the anonymity of the vote.
Organizational Privacy
Governments agencies, corporations, groups/societies and other organizations may
desire to keep their activities or secrets from being revealed to other organizations or individuals, adopting various security practices and controls in order to prevent this. Organizations may seek legal protection for their secrets. For example, a government administration may be able to invoke executive privilege or declares certain information to be classified, or a corporation might attempt to protect valuable proprietary information as trade secrets.
Internet Privacy
Internet privacy is the ability to determine what information one reveals or withholds about oneself over the Internet, who has access to such information, and for what purposes one’s information may or may not be used.
Financial Privacy
Financial privacy, in which information about a person’s financial transactions is guarded, is important for the avoidance of fraud including identity theft.
Informational Privacy
Information or data privacy refers to the evolving relationship between technology
and the legal right to, or public expectation of privacy in the collection and sharing of data about one’s self. Various types of personal information are often associated with privacy concerns. For various reasons, individuals may object to personal information such as their religion, sexual orientation, political affiliations, or personal activities being revealed, perhaps to avoid discrimination, personal embarrassment, or damage to their professional reputations.

Indian Constitution provided certain basic rights or fundamental right. A captivating development of  the Indian Constitutional jurisprudence in the extended dimension given to Article 21 by the Supreme Court in different-different cases. The extension in the dimensions in the Article 21 has been made possible by giving a extended meaning to the word ‘life and personal liberty’ in Article 21.
Right to Privacy is one such right which has come to its existence after widening up the dimension of Article 21. The Constitution is specific doesn’t grant any right to privacy as such.  Article 21 of the Constitution stated that’’ No person shall be deprived of his life or personal liberty extended according to procedure established by law’’.
The Court has implied the right of privacy from Article 21 by interpreting it in conformity with Article 12 of the Universal Declaration on Human Right, 1948 and Article 17 of the International Covenant on Civil and Political Right, 1966. Both of these international document provide for the right of privacy.
Justice Mathew, In Govind v. State of Madhya Pradesh, accepted that right to privacy as an emanation from Article 19(a), (d) and 21, but RIGHT TO PRIVACY is not absolute right.
In Naz Foundation v. N.C.T Delhi 20009, Delhi High Court give the landmark decision on consensual homosexuality. In this case section 377 of I.P.C and Article 14, 19 and 21 were examined. Right to Privacy held to protect a ‘   private space in which man become and remain himself’’.

Analytical or Positivist theory Of Jurisprudence

Relationship between Fundamental Rights and Directive Principles of State Policy

Can a person waive any of the Fundamental Rights?