The Indian Constitution is a unique document in content and sprite. Although in Indian Constitution has pick up from many countries, constitution or political document. It had borrowed and drafted according to the Historical prospective, Geographical diversity and cultural and traditional characteristic of India.

IRELAND
1. Directive Principles of State Policy
2. Method of Election of the president
3. Members nomination to the Rajya Sabha by the President

Unites States of America
1. Impeachment of the president
2. Functions of president and vice-president
3. Removal of Supreme Court and High court judges
4. Fundamental Rights
5. Judicial review
6. Independence of judiciary
7. Preamble of the constitution

Canada
1. Centrifugal form of federalism where the centre is  stronger than the states.

2. Residuary powers vest with the centre
3. Centre appoints the Governors at the states
4. Advisory jurisdiction of the supreme court

France
1. Concept of  “Republic”
2. Ideals of Liberty, Equality and Fraternity(contained in the Preamble)

South Africa
1. Election of members of the Rajya Sabha
2. Amendment of the Constitution

Dr. Ambedkar had said  – “As to the accusation that the Draft Constitution has reproduced a good part of the provisions of the Government of India Act, 1935, I make no apologies. There is nothing to be ashamed of in borrowing. It involves no plagiarism. Nobody holds any patent rights in the fundamental ideas of a Constitution….”

Analytical or Positivist theory Of Jurisprudence 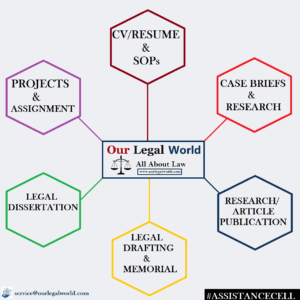 Kinds Of Law:- Procedural and Substantive Law- Our Legal World